How Networking Paved The Way For This Nordic Walker

First, a full disclosure that we’re  members of business networking groups – the Athena Network; Business Biscotti; Chamber of Commerce; and the FSB. And Sanzen Digital wouldn’t have got off the ground as quickly as it did without having networking as part of our launch and growth strategy.

In our experience, the benefits of networking have far outweighed the cost of the membership fees. Having said that, if you google your local area, you will find free networking groups. And often fee charging networks also have informal groups – where for the price of a coffee – non-members can also attend.

So why should a small business consider attending a network group? Well, because whether you’re a start-up or looking for ways to grow your business – networking opens up opportunities to share knowledge; raise your profile; make meaningful connections; and for many small business owners – increase their confidence. So in our opinion, that’s a lot of bang for your buck! 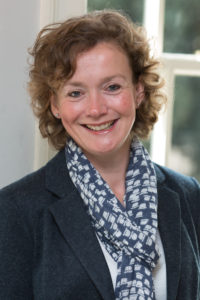 Debbie Atkins is a fantastic example of a small business owner who is growing her many business streams (which include -DA Fitness; Rev5; Synergy Worldwide consultant; and Nordic Walking Instructor!) primarily through networking. Almost 80% of her business is through networking referrals and within a year of joining, she was invited to become a Regional Director for The Athena Network – one of the most successful women only networks in the UK.

Networking helps you to raise your profile and make new connections

Debbie explains:  “My success has been down to networking and women empowering other women. I joined at the beginning of 2013 when a friend, who is a financial advisor, had been to an Athena networking event in Reading and told me how useful she found it and that I should join also. It took a month for me to pluck up the courage to go to a meeting and ofcourse when I did – I loved it!”

For Debbie, her work and networking are a great fit; when she’s not running her Athena groups – she’s still networking for herself and her members. As she points out:

”With my Nordic walking classes (a sport involving walking across country with the aid of long poles resembling ski sticks!) I’m walking and talking with my clients throughout and often things come up – about possible connections – if not for me then for someone I know who might benefit from an introduction or a referral”.

Debbie’s guiding philosophy (naturally derived from her fitness training background) is that for a business to be healthy, you have to be healthy in yourself.  And that a reputable networking group will not only have quality membership but also provide genuine support within the group with plenty of opportunities to train and develop.

“I see amazing journeys unfold. For so many entrepreneurs it’s about having the confidence to do things. For example, to stand up and give a solid pitch without being terrified; being able to have positive 1-2-1’s with other members; and even present in front of other members. So I don’t think there is any business that networking can’t help when it also includes training and development.”

She also acknowledges that sometimes there is a misconception that networking is just beneficial for small businesses and start-ups. This is not the case says Debbie:

”I’m passionate that Reading Athena brings the personal development into the mix through the network strategy training and business development training within every meeting.

In addition, as part of your membership there are separate network strategy training workshops – another great way to network with members across two regions. So whether you’re a corporate or escaped corporate life – networking is still useful.”

1. Networking is about building relationships using a three step approach of  Know – Like – Trust. When this is established, the business will flow from it but be prepared, as it could take a few months for this to happen. It is not about attending your first few meetings and hard selling!

2. Do prepare beforehand. For example, prepare how you’re going to introduce yourself. What’s your story? What is it about your business that you want to share? Why would they want to engage in your services? It’s about having that edge and enthusiasm, because this is what people will latch onto – your passion and interest!

3. You may not think that there is a connection between you and the other persons business – you need to explore who they know – it is referred to as ‘networking through the room’. Sometimes the least strategically linked business owners can provide the best connections and clients.

4. When you are sharing your knowledge with someone at a one to one meeting, it is your choice as to how much you share for “free” and it’s their choice about what they take from it – with no obligation. What I would say is that What you give – you do get back – but it might not be from the same person you gave it to – and it may be many months or even years later for that to happen!

5. Don’t forget to pick up the phone! It’s a brilliantly personal way of connecting with someone if you are not able to meet them face to face. Sounds obvious but it’s surprising how many people do not follow up with a simple call. If the phone isn’t possible, then of course there is always, email, Skype; and online platforms such as LinkedIn; not forgetting that Social media is great for building relationships and staying connected.

Sanzen Digital Marketing helps businesses like yours grow online! To find out how just drop us a line and we’ll be happy to help.

This site uses cookies. By continuing to browse the site you are agreeing to our use of cookies. Find out more here.